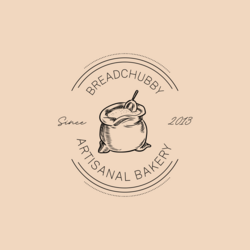 Bake days are WED to SAT.

Christmas fully booked. There will be limited quantities available for walk-in at stores.

I am committed to providing the Durham Region with top-quality, handcrafted sourdough bread. Most orders are baked Wednesday, Thursday and Saturday. All Sales Final. The Best sourdough bread in Ajax and Durham!

Sourdough is Good for you

Store / Sourdough is Good for you

I read a lot of articles that pop into my newsfeed about sourdough. No surprises there! If you are reading this then it’s probably going to happen to you too. I came across a recent one written by Jillian Levy from the Dr. Axe show. I never knew there was a Dr. Axe show but then again I don’t watch tv. Jillian did a great job of explaining the benefits of Sourdough and fermentation etc.

I am adapting parts of their story into this post, sharing the best parts. She talks about the history of sourdough “For centuries, bread was made with only three ingredients: flour, water, and salt. It’s thought that some of the oldest sourdough bread dates back to at least 3700 BCE in the Fertile Crescent region, although historians are not exactly sure when people first began fermenting grains. The “Encyclopedia of Food Microbiology” points out that “Bread production relied on the use of sourdough as a leavening agent for most of human history.

In commercially made bread that you’d find in the grocery store, it can contain a dozen or more ingredients. It’s not surprising then that a high percentage of people report having difficulty digesting modern-day bread.” If you only need Flour, Water & Salt then why do we get bread that is commercially made with so many ingredients? The short answer saves time and money. Bread produced on masse and fast in the cheapest way possible. Ever wonder why some bread stays fresh forever? It sure isn’t doing that on its own.

So what is Sourdough bread? Jillian says “Real sourdough is made with a fermented sourdough starter, rather than with yeast. It also has a lower gluten content, lower antinutrient content, and lower pH than regular bread. Sourdough is also often described as having more flavour and complexity and a better texture than yeasted bread. When flour and water are left at room temperature for at least several days, naturally occurring bacteria (such as lactobacilli) and yeast begin to ferment the dough and produce lactic acid. Lactic acid is responsible for giving the bread its slightly sour but pleasant taste. Flour naturally contains a variety of yeasts and bacterial spores. When combined with water at room temperature (somewhere between 65 and 85 degrees Fahrenheit), bacteria break down the starch found in wheat into sugars (glucose and maltose), which yeast then metabolize. Maltose is one byproduct of the bacterial fermentation that yeast thrives off, and in the process they produce carbon dioxide gas, leavening the dough.”Here are some Nutritional Facts”The exact nutrition content of sourdough depends on the exact ingredients used (different types of flours/added grains/oil) and how it’s prepared.

Generally, however, it contains a decent amount of calories, carbohydrates, protein, fat, fibre, selenium, folate, thiamine, manganese, niacin, iron,
Whole wheat flour, water, and salt are all you need to make sourdough, sometimes other ingredients are added, including wheat bran, hard red wheat, oats, rye, barley, spelt, triticale, flaxseeds, olive oil, garlic, honey
If you are looking for Sourdough in Ajax near me in your next search, just head over to 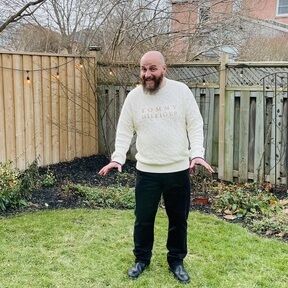 BreadChubby has been baking the best sourdough bread in Ajax since 2013. There is nothing that beats the aroma of freshly baked sourdough bread. You deserve a nutritious wholesome alternative to store-bought bread. Order online and pick up in-store at Baking At It’s Best, Ajax.BreadChubby can also be found at Tyrone Mills and at Country Cheese Co.

I operate a micro bakeshop, all of my loaves are handcrafted, baked and served with a side of love. To get the best sourdough bread in Ajax place an order